The 90’s were a decade of hits and misses, we had Michael Jordan in his prime while line-dancing was at its zenith. Steroid-fueled bats sent balls over the fence at a highly entertaining rate in big league ballparks. Western anglers began using two-handed fly rods for anadromous fish, employing technology that the Scots had been using for centuries, while breathable waders kept us dry, comfortable, and unable to pay our bar tabs. 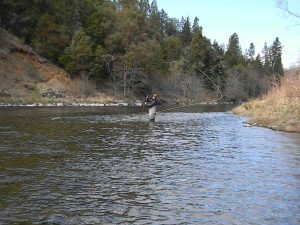 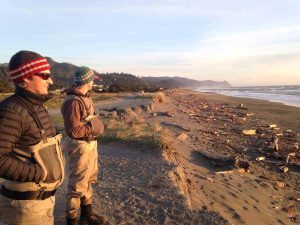 Manufacturers introduced bantamweight, fast-action fly rods born of graphite material called “Generation 4”, and backed these extremely fragile implements with lifetime guarantees. I still have one of these pond-casting marvels, broken into more sections than it came with. This rod has been returned for repair/replace multiple times, and the warranty and shipping cost over a hundo every time a stiff breeze blows the tip in half. So now, this line-throwing magic wand, which cost me a mortgage payment, just sits, shattered like my dreams of becoming a professional fishing bum. 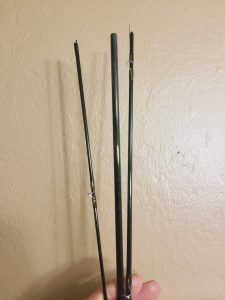 Since I moved to Montana in 2005 and began guiding out of an inflatable craft on rivers rife with woody debris, I have sent more fly rods in for repair/replace than I care to tally. No manufacturer’s product has proven resistant to errant casts and tomfoolery associated with the perfect storm of freestone drifting, microbrews and jackwagons (guide and client alike). 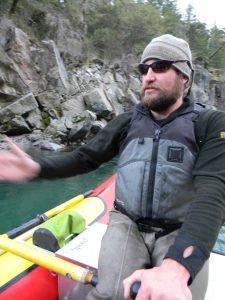 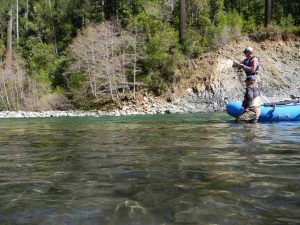 However, it appears I have met my match. In three years I have yet to break a CD Rod, and not for lack of effort.

Last season I rounded a bend after an unusually prolonged and severe runoff season to discover immediate peril. A beaver-sharpened log angled off the river-left bank, creating a joust that was perfectly aimed at the octogenarian in the back of my boat. 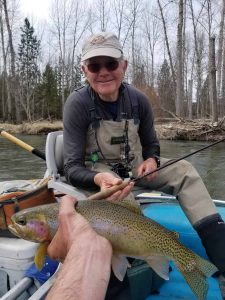 The tailout was just shallow enough on a falling tide that I was unable to gather much purchase with my Sawyers, and all I could do is scrape, dig, and turn the boat at the last second. The two fly rods in my Rod Dog took the brunt of the log, and the deadly point slammed hard against the pedestal of the stern seat. Amazingly, the old sport was unscathed, and equally so, both of my XLS 11’s, which were bent nearly in half against the log! 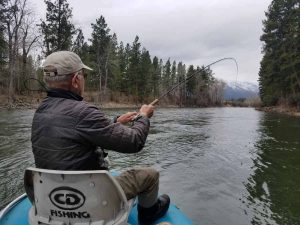 While some perform better than others, nearly any stick in the crowded rod market with handle all the casting, mending, and fishing demands I have but the ruggedness to withstand all the river shenanigans is what sets a great rod apart from a good one.